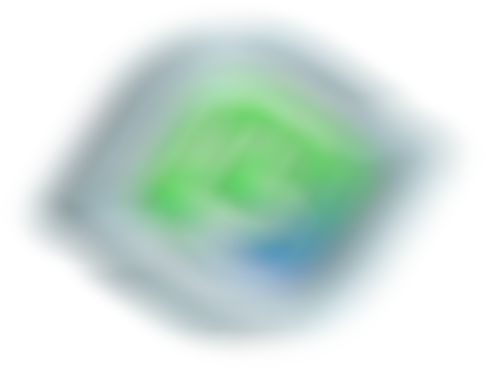 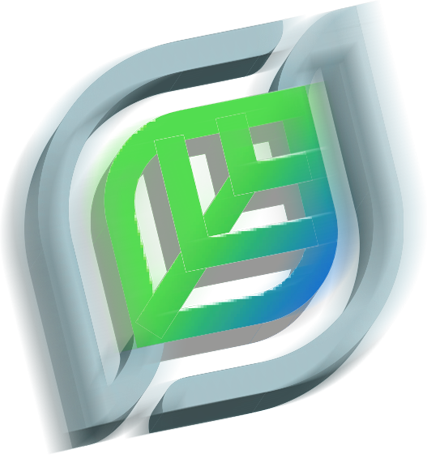 Key Calendar Events
Outcomes of the 26th United Nations Climate Change Conference
The Declaration on Forests and Land Use
The Analysis of Russia’s NDS
V. V. Putin,
President of the Russian Federation 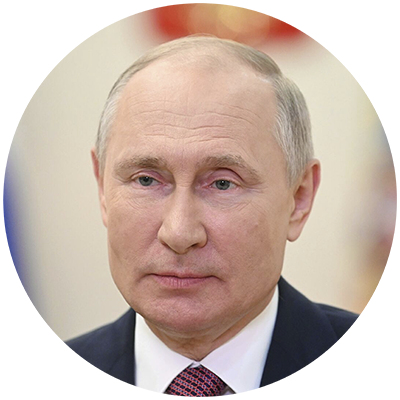 «Having set the task of building a carbon neutral economy no later than 2060, Russia is also relying on the unique resource of our forest ecosystems, their significant potential for absorbing carbon dioxide and producing oxygen. After all, about 20% of all world forests are located in our country». 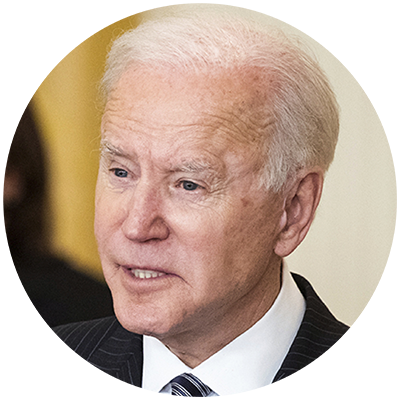 Our countries are losing trillions of dollars due to the climate change. <...> High energy prices confirm the need to diversify energy resources, double the rate of clean energy capacity and adapt promising new technologies <...> so that we do not continue to rely on one energy source.

K.V. Yudaeva,
First Deputy Chairman of the Central Bank of Russia
Russia's plan to reduce its carbon footprint by 2050 would require an investment of 1 to 4 trillion rubles per year ($13.4 billion to $53.6 billion).

"Why has climate policy intensified this year? I think the stimulus in many ways was the UN conference (COP 26) <...>. And it was a trigger for all countries. Quite a number of countries made additional commitments to accelerate emission reductions in the wake of the climate conference, and they're thinking about different policies to achieve these goals

ТАSS: In November, the government approved a long-term strategy for low-carbon development of Russia. The target scenario assumes that by 2050 greenhouse gas emissions will be reduced by 60% of the level of 2019, such figures can be achieved simultaneously with economic growth and the achievement of the goal of carbon neutrality in 2060.

Government of the Russian Federation: In December, the State Duma of the Federal Assembly of the RF has received a draft Federal Law "On conducting an experiment on limiting greenhouse gas emissions in certain constituent entities of the Russian Federation" for its consideration. First of all, the possibility of conducting the experiment in the Sakhalin Oblastis being reviewed.

Vedomosti: Russia will pay a 5% tax on internationally recognized climate
projects. The contribution will be paid to the Adaptation Fund from carbon units that are authorized at the international level by a special body under the UN (supervisory body). A tax on the turnover of carbon units is necessary to help developing countries - these funds will subsequently be invested in projects to reduce emissions in developing countries.

Refinitiv: "The Central Bank of Russia plans to lower capital requirements for banks that lend to environmental projects and raise these requirements for those banks that issue loans to companies that do not disclose information about their environmental impact," said First Deputy Chairman Ksenia Yudaeva.
Refinitiv: Sberbank, Russia's largest lender, plans to increase its portfolio
of environmental, social and governance (ESG) loans by more than 40
percent to 200 billion rubles ($3 billion) this year. .Then multiply it by several times

ТАSS: The first climate projects under the Paris Agreement on climate will start in 2023, their global volume could reach €20 billion per year. This correlates with Russia's actions to create its own system of climate projects. To date, a system of standards has been formed, and the process of accreditation and verification will begin in 2022.
Ministry of Economic Development of the Russian Federation: Russia has joined two multilateral WTO Ministerial Declarations on various aspects of the trade-environment nexus. The relationship between trade and the environment is crucially important as Russia and its major trading partners are rapidly increasing their efforts to combat climate change and achieve carbon neutrality.
RBC: "Gazprom Neft, NLMK and UC Rusal sent their comments and proposals on the CBAM* to the European Commission. Russian business points to the potential incompatibility of the CBAM with World Trade Organization (WTO) norms, as well as to the lack of data from European regulators on actual emissions from the production of products exported from Russia
Refinitiv: In December, the European Commission presented bills
on energy efficiency in buildings, methane emissions and transport emissions, complementing the "Fit for 55" package released in July, which aims to reduce EU greenhouse gas emissions by 55% by 2030 compared to 1990. The vote on the bill is scheduled for the end of February 2022.
Refinitiv: In December, the European Commission proposed rules that would oblige oil and gas operators to report methane emissions, up to the source of the emissions, at their facilities in the European Union. However, foreign companies, which supply most of Europe's fossil fuels, would be largely unaffected.

Tightening climate policy in the eu(european climate program fit for 55, commitments in the framework of cop 26)

The average price of CO₂ quotas in the Chinese trading system will be 8 € / t CO₂ in 2022 (+30% compared to the average price in 2021)
Price forecast:
A limited number of participants. At this stage, the system includes only the electric power industry - 2,225 large energy companies in China, whose carbon dioxide emissions are more than 26 thousand tons per year.

Unbalanced level of liquidity (high trading volume in some months leads to a significant increase in prices, while in other months with low trading volume the price decreases due to lack of demand)
The price change is due to:
Since the launch of china's quota trading system in mid-july, the price of quotas has increased by 2%
Chinese Carbon Market

89%
1,8⁰С﻿
Share of global emissions regulated according to national and carbon neutral targets (up from 34% in January 2020)
The level at which global warming can be sustained while meeting the updated net zero targets. 0.3⁰C above Paris Agreement target of 1.5⁰C
Countries have agreed on the need to set more ambitious national emission reduction targets by 2030 to meet the Paris Agreement's 1.5⁰C goal.

Share of global coal generation capacity attributable to countries that have supported the coal-to-clean energy transition initiative
Countries supported the initiative
to switch from coal to "clean" energy
The coal phase down agreement has been criticized for being softened at the last minute from the original version, which called for coal phase-out.

100
300
68
CDM CERs of the Kyoto Protocol are translated into ITMOs
Countries with pilot projects under Article 6. 28 countries plan to convert CERs to ITMOs
Countries have agreed on rules for international trade in voluntary carbon units in accordance with Article 6 of the Paris Agreement.

At COP 26, Articles 6.2 and 6.4 of the Paris Agreement were finally approved. It's about the mechanism for trade in carbon credits (ITMOs*) between countries The new mechanism replaced the Clean Development Mechanism (CDM) under the Kyoto Protocol, whose carbon credits (CERs**) can be converted into ITMOs.

Criteria For Participation In Article 6 Of The Paris Agreement

2% of credits must be cancelled to ensure emission reductions

Conditions For The Recognization
Of Carbon Credits As Itmos

Itmos
Applicability
Countries Implementing Projects Within The Framework Of 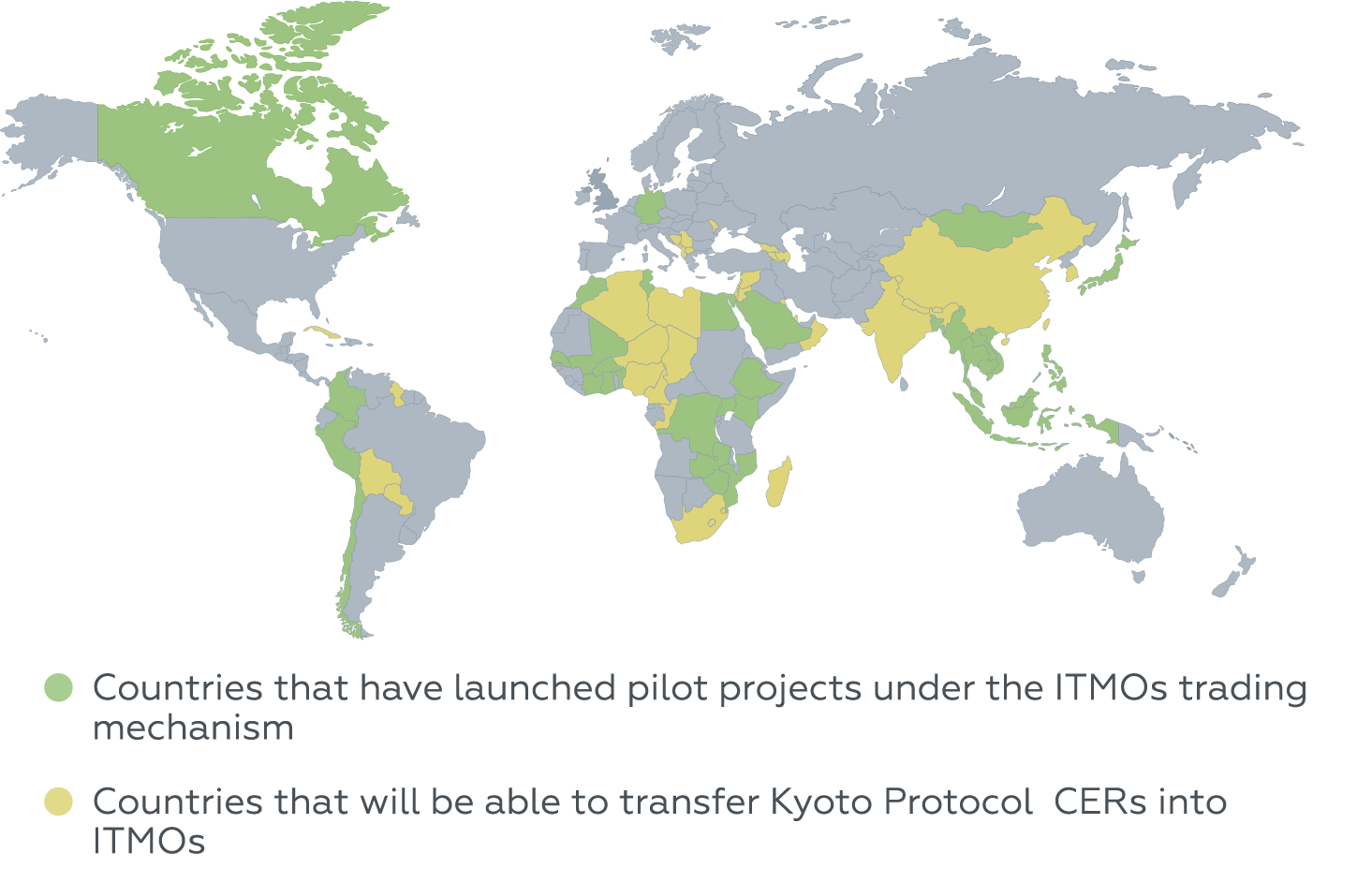 *** TSVCM- Taskforce on Scaling Voluntary Carbon Markets
Russia has joined the ITMOs carbon trading mechanism and plans to implement the first climate projects within the framework of this mechanism. The main focus for Russia will be the implementation of forest-based climate projects, which were added to Article 6 of the Paris Agreement at COP 26.

However, due to the fact Russia did not participate in the CDM under the Kyoto Protocol, Russia has lost its competitive advantage over countries such as China and India, that will be able to use CERs as ITMOs.
The Internationally Transferred Mitigation Outcomes (Itmos)

The price of CERs
CDM in 2020
CDM CERs of the Kyoto Protocol, which are transferred into ITMOs
TONNES CO₂
M TONNES CO₂

€0,5/
300
The Agreement On Climate Financing For Developing Countries
The goal of climate financing for developing countries, set back in 2009 at the UN Climate Summit in Copenhagen, has yet to be met. At the COP 26 countries pledged to meet this target by 2025.

The Declaration On Forests And Land Use
The adopted forest declaration is primarily aimed at preventing deforestation, especially in tropical forests. Russia is affected by the parts of the declaration that deal with forest conservation and sustainable forest management. 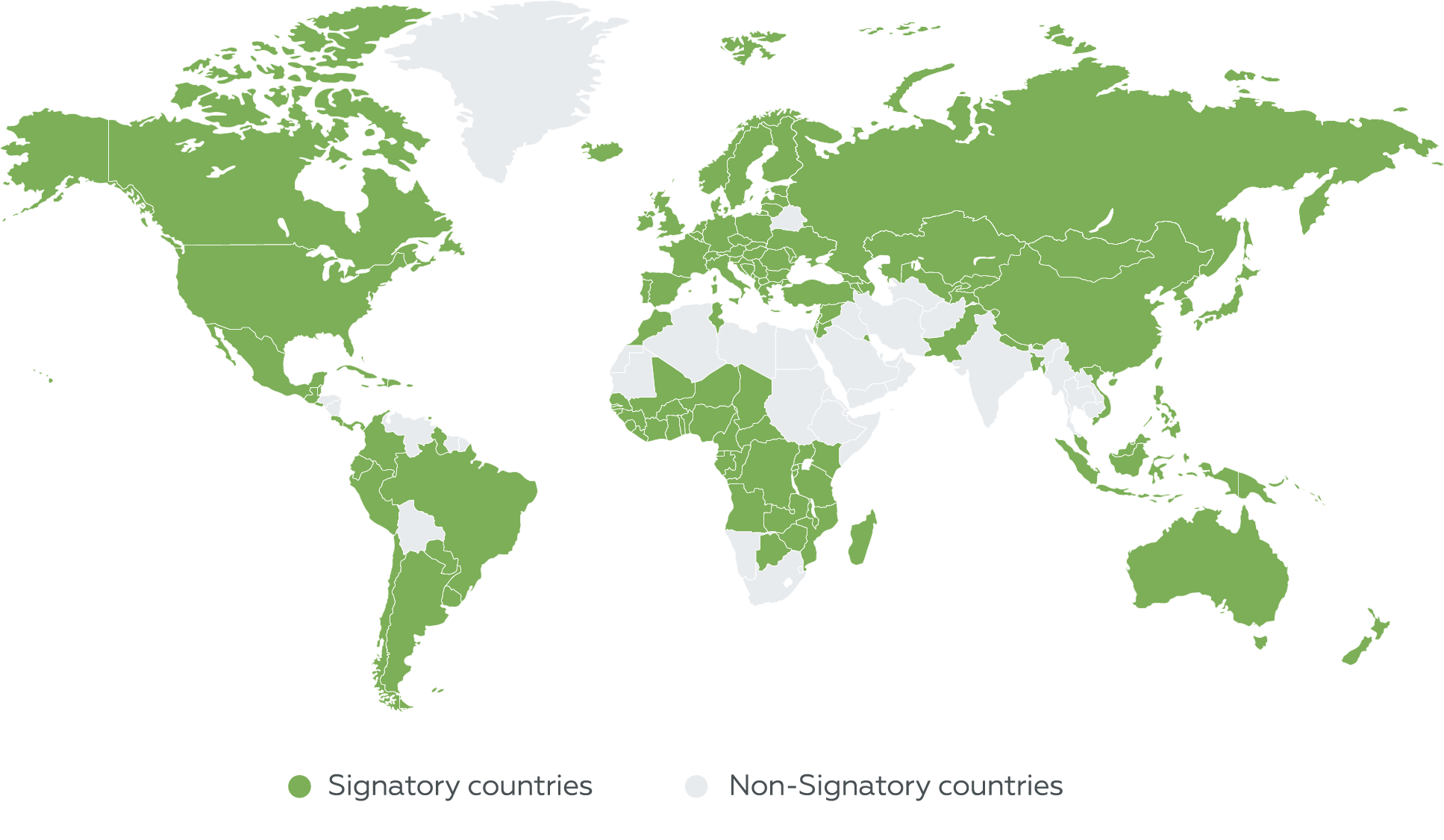 At COP 26, the Russian delegation raised the issue of emissions offsetting in CBAM* primarily as part of the Russia-EU dialogue.

At this point an agreement has not been reached, but Russia will continue its efforts
in this direction.

Global Coal Generation Capacity,%
The original wording, as spelled out in the draft COP 26. Initially, the countries declared the abandonment of the use of coal

Accepted wording.
China and India reported disagreement with the draft and insisted on a rewording. This is due to the large number of coal-fired power plants in these countries and the dependence on coal imports

Countries supported the initiative to switch from coal to "clean" energy
Share of global coal generation capacity attributable to countries that have supported the coal-to-clean energy transition initiative
Import Of Coal, %

Russia did not support the initiative, since about 16% of the power plants in Russia are coal-fired. In addition, the export of coal (for instance, to India) is an important source of income for Russia.

Currently there are 482 GW of coal-fired power plants to be introduced in the world, with more than half of them in China (260 GW).

2 GW of new coal-fired power plants will be built in Russia. In 2021 more than 13 GW of expected capacity was cancelled in Russia. The rest of the projects are struggling to get financing.

The Agreement To Reduce Methane Emissions

Participants at Glasgow climate summit agreed to reduce methane emissions by 30% by 2030. However, major methane emitters, including Russia, did not support the initiative. 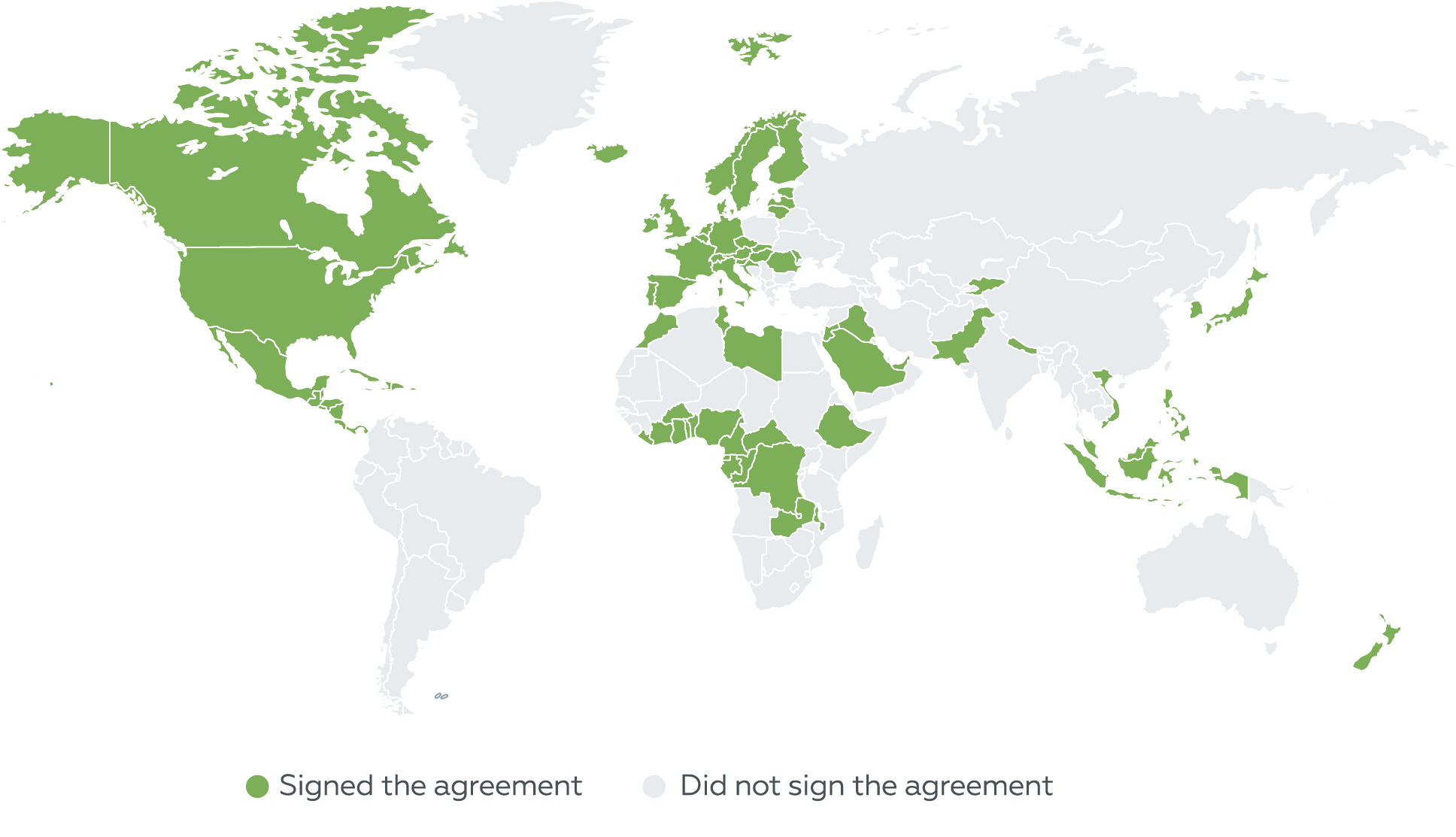 Under this initiative methane emissions are to be reduced by 2030
Countries supported the methane reduction initiative.

Russia did not sign the agreement, as this would mean the beginning of a prompt decarbonization of the oil and gas industry (the main source of methane emissions in Russia).

In Accordence With Their Ndc

At COP 26, Russia committed to a new and more ambitious NDC to limit emissions by the end of 2022.

In October 2021, the government approved Russia's Low-Carbon Development Strategy until 2050, which aims to cut greenhouse gas emissions by 60% from 2019 levels, equivalent to a 24% reduction by 2030 compared to 2010.

The information, methodologies, data and opinions contained or reflected herein are proprietary and may not be copied, distributed or used in any way, including via citation, unless otherwise explicitly agreed in writing by “GreenEco Investments” LLC. They are provided for informational purposes only and (1) do not constitute investment advice; (2) cannot be interpreted as an offer or indication to buy or sell securities, to select a project or make any kind of business transactions; (3) do not represent an assessment of any company’s included therein economic performance, financial obligations nor of its creditworthiness.

These are based on information made available by third parties, subject to continuous change and therefore are not warranted as to their merchantability, completeness, accuracy or fitness for a particular purpose. The information and data are provided “as is” and reflect GreenEco Investments’ opinion at the date of their elaboration and publication. “GreenEco Investments” LLC nor any of its third-party suppliers accept any liability for damage arising from the use of the information, data or opinions contained herein, in any manner whatsoever, except where explicitly required by law. Any reference to third party names or third party data is for appropriate acknowledgement of their ownership and does not constitute a sponsorship or endorsement by such owner. This website and the respective reports or publications may include proprietary data our third-party data suppliers, which list and additional terms and conditions imposed by, regarding the use of their data can be found below.